A Collection of Campaigns Inspiring Everyone to Vote

In a recent Bloomberg poll, more than 50% of millennials admitted to feeling “fearful” about America’s future, with only 20% saying they were “hopeful.”  With election day just around the corner, this is not a pretty picture.

Voter turnout, particularly among the nation’s youngest voters, is always a concern during election time. In 2012, roughly half of eligible 18-29 year olds showed up at the polls, accounting for 19% of the electorate. But with so much at stake in this year’s highly contested race, many believe that we can - and must - do better.

We have rounded up some of the most creative campaigns, featuring celebrities, stuffed animals, and a very special vending machine, aimed at rallying young people across the country to raise their voice on November 8. 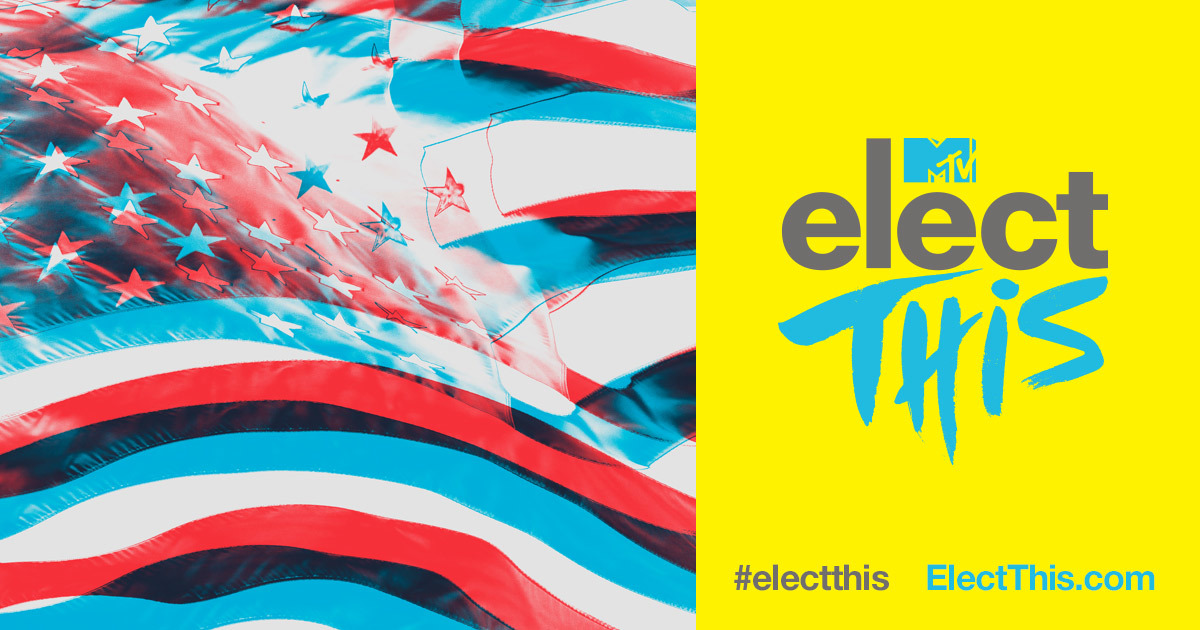 Earlier this year, MTV launched a series of videos under the campaign slogan “Elect This.” Rather than focusing on individual candidates, MTV is encouraging millennials to focus on the issues at stake. The cornerstone video of the campaign features short clips referencing hot button topics like climate change, gender equality, and gun control policies, meant to evoke a passionate response from the audience. The campaign then follows up with a series of short, satirical “Robo Roundtables” featuring stuffed animals and robots with computerized voices debating the key issues. 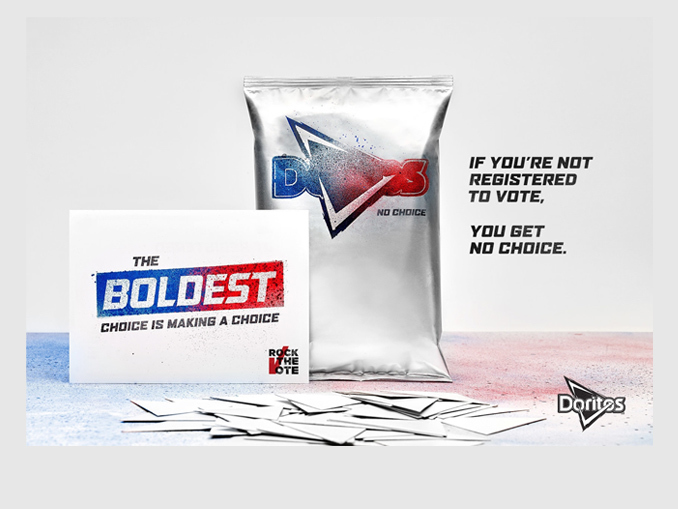 Frito Lay is making a stand by partnering with Rock The Vote to boost voter registration on campuses nationwide. Taking advantage of Doritos’ popularity amongst this demographic, they have designed a very unique type of vending machine. At first glance, it looks like any other Doritos machine, but before buyers can select their item of choice, it asks them whether they have registered to vote. If the answer is no, they promptly receive the “no choice bag:” a bland, grey bag that has no crunch, no taste, and no chips. This is meant to remind young citizens that by not registering to vote, you are letting someone else make a decision for you. 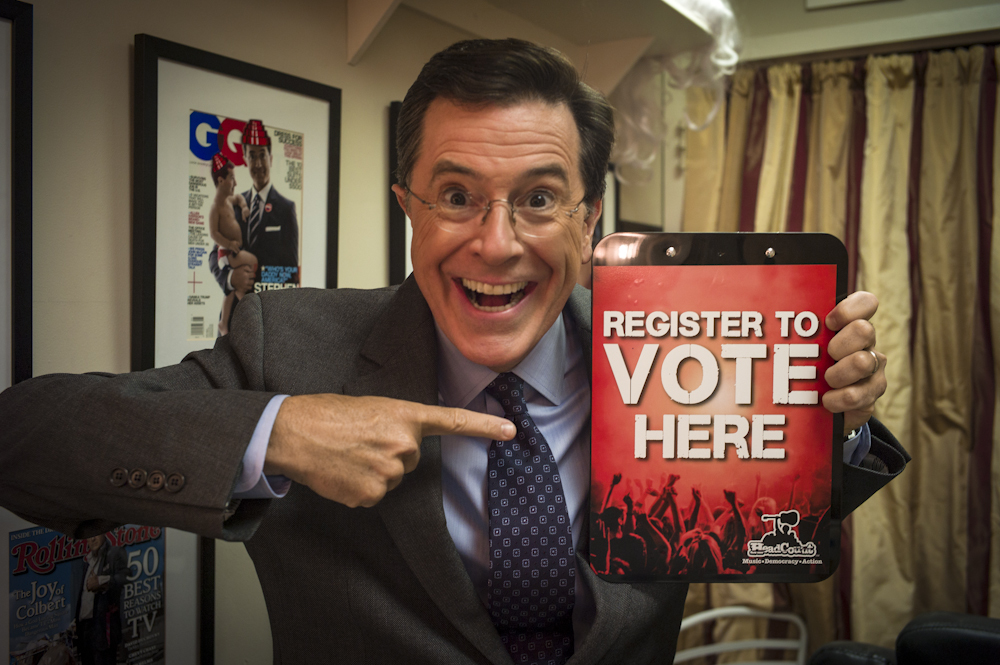 The Late Show with Stephen Colbert

When it comes to encouraging people to vote, The Late Show is doing it the only way they know how: with humor (and just a touch of dramatics). Stephen Colbert rallied several of his celebrity friends, including Joseph Gordon-Levitt, Anna Gunn, John Cena, and America Ferrera, to share a few of the reasons why it’s important to show up at the polls on November 8. While not every argument is equally compelling (“feed corn to your futuristic babies”, what?!), the entertaining line up gets their point across in the end. 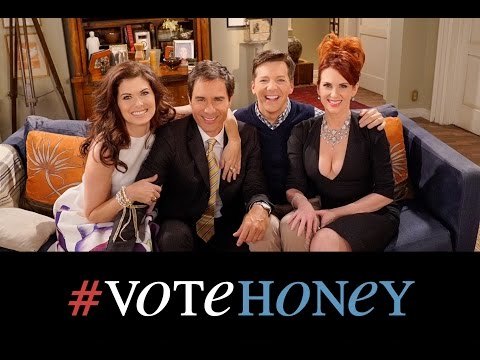 A Will & Grace Reunion

This election has even inspired a reunion of the beloved cast of hit sitcom Will & Grace after 10 years of being off the air. The 9-minute mini episode features Jack as an “undecided” voter (registered in Pennsylvania) who is wondering whether his vote matters. While Will and Grace are pro-Hillary, it’s no surprise that Karen is in favor of making America “bueno” again. Both sides make impressive arguments, but ultimately Katy Perry turns out to be the tie breaker. 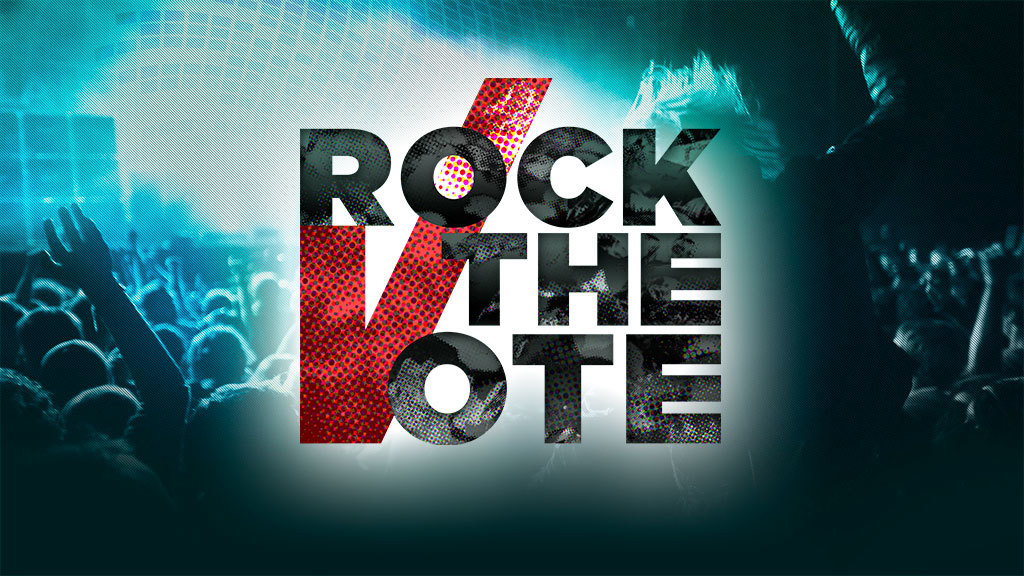 Rock the Vote Calls in a Favor

Voting is the ultimate expression of “power in numbers” and Rock The Vote gathered every celebrity they could think of in an effort to implore citizens to cast their vote. Just in case this impressive list of “lots and lots of famous people” doesn’t do the trick, Mark Ruffalo even promises to get naked in his next movie in a final plea for participation.